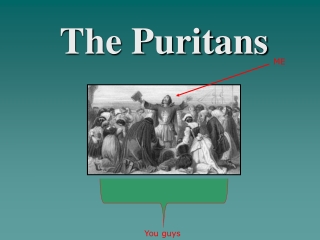 Pilgrims and Puritans - . essential questions. who were the early americans and what motivated them to come to the new

Who Were the Puritans? - . why did the puritans come to america in 1620?. they wanted to “purify” the anglican church