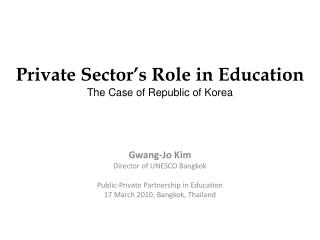 Financial Health of the Government - . much valuable discussion fails to occur because of pride and prejudice. prejudice

Contracting with Private Sector - . hospitals. definition. contracting is a purchasing mechanism used to acquire a

Unit 4 Basic Business Concepts - . where do you fit in the marketplace?. what are all the different target markets you

The Competitiveness of Armenia’s Private Sector: Moving to the Next Stage - Economy and values research center. manuk

PRESENTATION ON NATIONAL HEALTH INSURANCE POLICY FOR THE PORTFOLIO COMMITTEE OF HEALTH - . national department of health