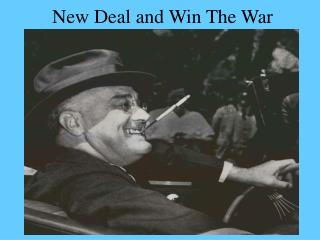 New Deal and Win The War

New Deal and Win The War Roosevelt was not without his critics: He was facing still large unemployment numbers, production was still low, GDP and GNP was mediocre at best. He also wanted social as well as political reform;

New Deal and Win The War

The Great Ice battle - . by, tony abbott. summary. in the world of droon eric, julie ,neal, and princess keeah have to

Chapter 7 – Georgia Between the Wars - . the student will analyze the important events that occurred after wwi and

New Deal Art in New Mexico - . a look at art and artists during the great depression. new deal

1968 Election - . president nixon entered the white house with a mandate to end america’s participation in the vietnam

USII – 6a - . technology extended progress into all areas of american life, including neglected rural areas. improved