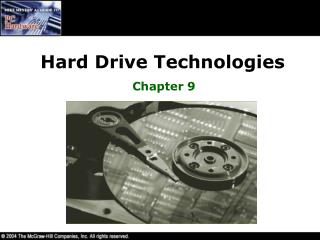 Introduction to hard disk drive - . from: wikipedia, the free encyclopedia.

HARD DRIVE - . by sam royce. what is a hard drive. the hard drive, also known as hdd or “c” drive is like a massive

Hard Disks - . low-level format - organizes both sides of each platter into tracks and sectors to define where items will

Implementing Hard Drives - . chapter 12. overview. in this chapter, you will learn how to explain the partitions