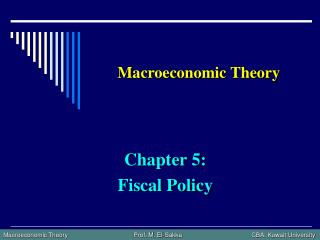 A Dynamic Model of Aggregate Demand and Aggregate Supply - Part v topics in macroeconomic theory. a dynamic model of

Macroeconomics and its study in Economics - . the hsc course. hsc topic overview. topic 1: the global economy

A Macroeconomic Theory of the Open-Economy - . outline:. develop a model to study forces that determine the open economy

Macroeconomics - . macroeconomics deals with the economy as a whole. it studies the behavior of economic aggregates such