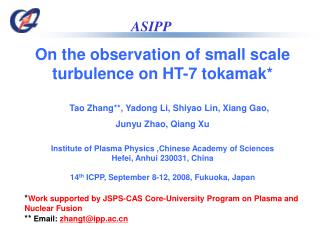 Introduction on ITER CC Manufacturing and Welding Process in ASIPP - . jing wei on behalf of cc team in asipp.

ASIPP Modifications to the SSMIC Specification - . ssmic specification update. for the first batch of ssmic that was