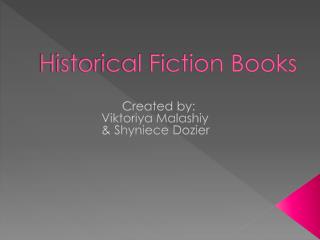 New Books! - Back to previous slide go to the next slide back to the menu new books! 2007-2008 supernatural books

Fiction and Nonfiction Greyling My Heart is in the Highlands by Jane Yolen - . review. fiction. a form of writing that

BOOKS - . the publishing industry. amazon kindle. other (not so recent) trends. harry potter . trends. “the oprah

Dewey Decimal Classification - . (the guy who invented the dewey decimal classification system). so. why not come up with

Comic Books and Academia - . what’s the big deal?. three parts to what we will look at today what exactly are comic

Survey of Short Fiction Review - . “there will come soft rains” is set in what american state?. california. what

Welcome to the CFAT Christian Fiction Advisory Test - . which author is #1 on the evangelical christian publishing