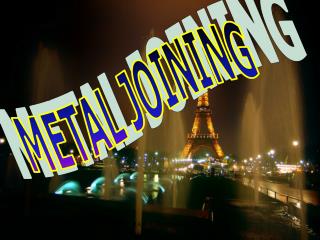 BONDING - . review of ionic bonding. occurs when a metal transfers an electron to a nonmetal forming a charged particle .

Substitution reactions at octahedral complexes: acid and base hydrolysis - . acid hydrolysis. protonation of a ligand

Metal Finishing - . process of electro deposition of an adherent metallic film of uniform thickness on the surface of the