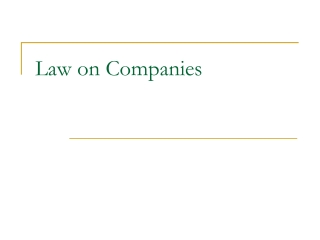 Law on Companies. Companies. The trading company provides two important factors which have underpinned the success of capitalism: The 4C's of the Conversation Company - In his new book, steven advises companies to become conversation companies. a