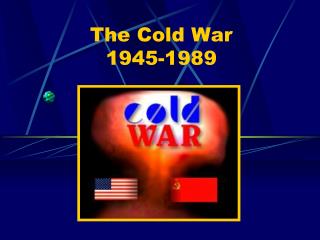 The Cold War 1945-1989. What is the Cold War. It was an intense rivalry between the United States and Russia – between West and East and between capitalism and communism that dominated the years following WW II. . Words of Wisdom. Winston Churchill;