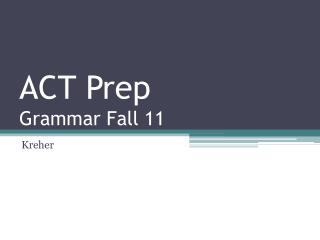 Grammar for Grade 9 - . episode v verb tenses and voice. verb tenses. the form a verb takes tell us whether the action

GRAMMAR GRIND - . sat prep – writing section . keep it simple stupid!. in general, a sentence is best when it is as