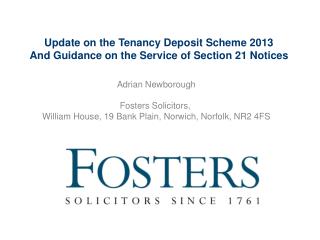 C OMMENTARY ON THE GENERAL GUIDANCE FOR EFFECTIVE DEPOSIT INSURANCE MANDATE - . as prepared by the subcommittee on

What is a Tenancy Agreement? - . a contract between you and your landlord giving certain rights 12 months joint tenancy