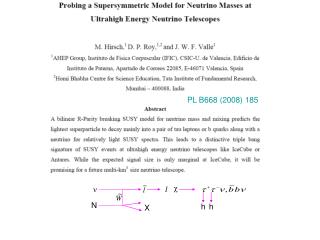 χ. ν. l. N. h. h. X. PL B668 (2008) 185. Introduction. RPB SUSY Models of neutrino mass are interesting as they simultaneously solve the hierarchy problem of SM & they can be experimentally tested in foreseeable future. PL/SQL - . procedural language for sql (pl/sql) is an extension of oracle sql. the basic intent of pl/sql is. increase

PL /SQL - . scripting in oracle: everything you wanted to know but were afraid to ask. haley miller. what is pl/sql? what

PL-DF1225 - . frying basket can be raised &amp; lowered down when lid is closed. safety interlock and opens

PL/SQL - . oracle’s version of triggers and psm. pl/sql. oracle uses a variant of sql/psm which it calls pl/sql. pl/sql

PL/SQL - . what is pl/sql. procedural language – sql an extension to sql with design features of programming languages