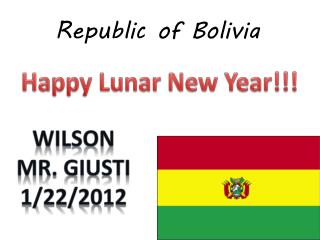 Characteristics of the Country - . the republic of paraguay is located in the center of south america that’s why is