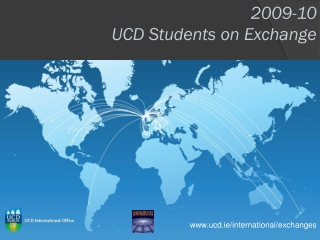 Exchange students - . spanish and danish. denmark. the spanish students. nyhavn. the opera. the lake (furesøen). the

UCD - . yong choi bpa. what is ucd?. a use case is a set of scenarios that describing an interaction between a user and a

Do Exchange Students Change? - . ben jij veranderd?. august 2005. from your place to this country. cultural exchange

Realising UCD - . it was there all the time!. background 1 - dsto. design of a range of equipment for defence force use.

UCD Overview - . matthias rauterberg. what is

Exchange 2009 – The Netherlands - . travelling to the netherlands. a break in germany. our bus. train from rot t erdam

2009-10 On Site Review Process - . office of field services. overview of on site review materials and process. purpose of