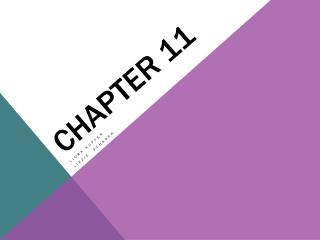 Chapter 11. Liora Kupfer Lizzie Schader. AP PSYCH. We decided to take AP psych instead of regular psych because we were motivated to take a challenging course and wanted to gain credit for college. . MOTIVATION. Motivation- a need or desire that energizes and directs behavior.