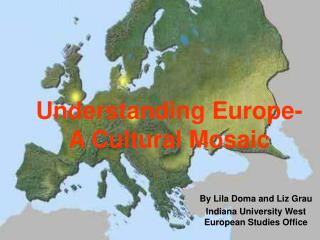 understanding and appreciating cultural differences: - 2. purpose. the purpose of this presentation is show the vital

The American Ethnic Cultural Mosaic - . what will become of us?. hopi reggae: casper lomayesva. our hopi reservation no

Cultural Differences, Cultural Understanding, Cultural Unity - . each of us shines in a different way, but this

Our Cultural Mosaic - . imagine that you are part of a youth exchange to the caribbean country of haiti . you are

Cultural Diversity in Europe - . 6 th grade social studies ss6g11 a, c. make sure you have the graphic organizer from

MOSAIC - . divorce recovery. conflict is painful. conflict is one of the most painful aspects of our fallen world. when

Cross-cultural Understanding &amp; Sensitivity - . why going?. any expectation?. any goals?. why did you apply for