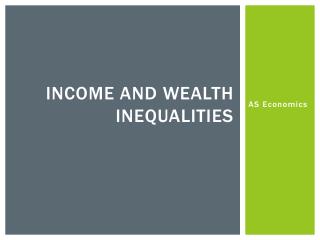 Wealth, Poverty and Welfare - . objectives to understand the difference between cultural and structural explanations to

30 years of income inequality - . why is high inequality a problem?. the five corrosions of inequality health and

Crime, Punishment and Inequality - . dr carlie goldsmith . aims of the workshop . introduce you to academic debates on

Gap Between Rich and Poor - . richest 1% of world’s population = income of poorest 57% assets of top 3 billionaires