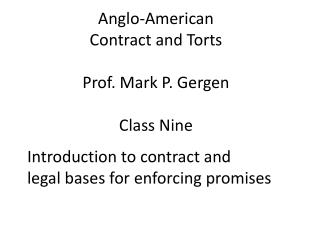 Tort - . definition a civil wrong other than breach of contract. tort law limits how people act and use their resources.

Torts! - . chapter 18. neighbor activity . what are rules you follow in society that you follow but are not necessarily

4 ELEMENTS OF A CAR ACCIDENT CLAIM - Visit for all information at https://www.injurylawpalmbeach.com/ what places us