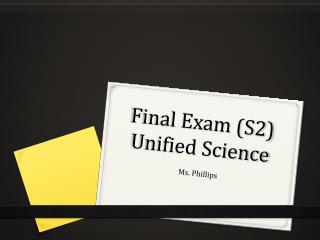 Early Humans Final Exam - . the answers! please use integrity when you correct. australopithecus questions. 1. what was

Final Exam Project Info - . this project will be 50% of your final exam grade. you will take a written test that will

The Absolutely True Diary of a Part Time Indian Final Exam - . mrs. hargrave. final exam- quickwrite one: . what has been

Reviews for the final exam - . charge