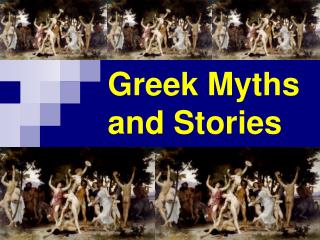 Greek Myths and Stories. Chapter One: The Gods of Greece. This chapter can also be titled as The Origin of Greek Gods and Goddesses . Key words in this chapter are: Cronus, Rhea, Zeus ( Jupiter), Cyclopes, Hera ( Juno), Poseidon ( Neptune), Hades (Pluto), Demeter ( Ceres), Aesop’s Fables - . home page. the man behind the stories. who was aesop?. how were aesop’s fables passed down?. who

Herpes-Dispelling the Myths - . “the simple truth about a common problem” new zealand herpes foundation 2010. is it