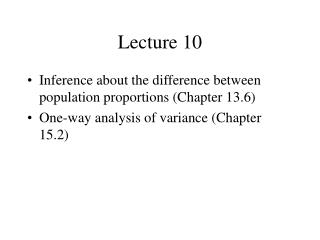 Lecture 10 - . lecture review. trends in fdi the direction of fdi the source of fdi the form of fdi: acquisitions versus

Lecture 10 - . announcements. next week doesn’t exist. monday 19 th – sunday 25 th nothing is due there is no lecture