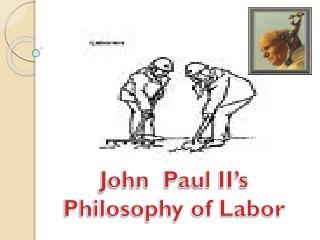 John Paul II’s Philosophy of Labor. John Paul II wrote the Encyclical " Laborem Exercens " in 1981, on the occasion of the 90th anniversary of Leo XIII's Encyclical " Rerum Novarum " on the question of labor. It was signed on September 14, feast of the Holy Cross. .

Philosophy and Nature of Science - . part 1. philosophy part 2. philosophers. basic questions. how do we know? what is