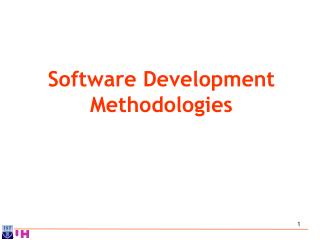 Software Lifecycle Models for Game Development - Software lifecycles before it is anything else, building a game is a

Software Development Life Cycle (SDLC) - “you’ve got to be very careful if you don’t know where you’re going,