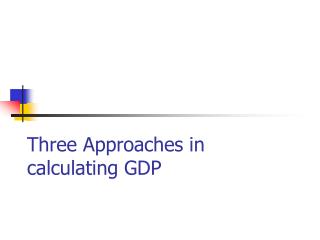 Calculating Gross Domestic Product - . gdp is the value of all goods and services produced by an economy in one year.

2. The Measurement and Structure of the National Economy - . abel, bernanke and croushore (chapter 2). i. national income