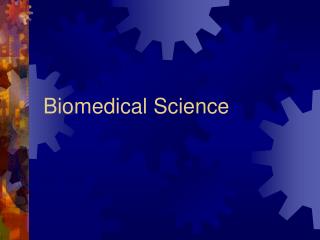 Biomedical Science. Computers Electricity Physics Robotics. Computers. Found in nearly every O.R. Found in every hospital within many different areas of the hospital Many of these are joined so that gathering information is just a click away Challenge Biomedical Science – Immunology - . vaccination. fred, the manager of an large orphanage in south africa has

OxbridgeInterviews â€“ Biomedical Science Applicant - I am currently majoring in cardiovascular, respiratory and