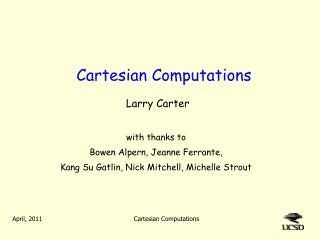 Cartesian Plane - A teacher gives a class of 16 students a 10 question spelling quiz. he then creates a frequency

The Cartesian PLane - . let’s start graphing!. introduction to x-y plane. you learned about the basic (counting)