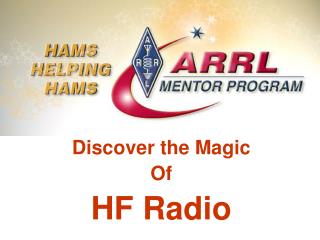 Discover the Magic Of HF Radio Discover the Magic Of HF Radio

Math-magic Show - . a few instructions. some tricks directed to the audience most will involve one or more assistants a

The Magic Box - By kit wright. i will put in the boxthe swish of a silk sari on a summer night, fire from the nostrils

Radio Commercials - . tips for writing effective radio ads. know the target audience get lots of ideas decide if it will