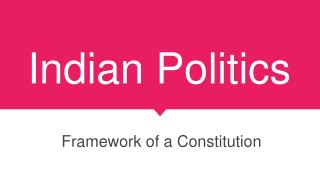 My Vote My India is a platform where we provide all the details of Candidates with their related Constituency, Background, Political Career and Criminal Cases and Property etc.Developing this platform, to aware the common people who don't know about the candidates to whom they are going to vote.Also inform you the worst indian politics condition going on. Anarkali Suits - Browse this site http://www.kaneesha.com/anarkali-suits.cfm for more information on anarkali suits. when

Next Level Fitness - Welcome to next level fitness( http://www.nextlevelfitness.com/ ), the largest private personal

8 Obsolete SEO Techniques. - This ppt talks about eight obsolete seo techniques that we must avoid.you need to click on

A Legacy of Indian Embroidered Sarees - Ajio has a huge collection of such diverse ethnic wear. you must grab ajio

Decorative Laminates? – Their Types and Laminates Brands in India - There is huge growth in decorative laminate