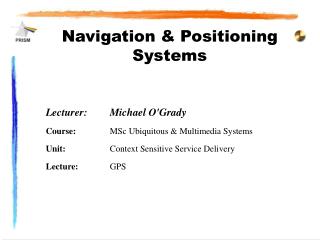 Radiographic Anatomy and Positioning of the Upper Extremity - . intended learning outcomes. the student should be able to

GPS Navigation Using the Apollo GX-55 - . may 2008. motivation. gps is a powerful tool for search and rescue allows very

Land Navigation - . determine location on the ground &amp; navigate from one point to another. map basics.

Benign Paroxysmal Positioning Vertigo (BPPV) - . tracy murphy, au.d. role of the audiologist in the diagnosis and

Positioning Your Firm for the End of the Economic Downturn - . march 17, 2009. presented by kermit baker, phd., hon. aia

eCareer Candidate Overview and Navigation - . learning objectives. you will be able to: define new terms related to the

Leadership Law #4 - The Law of Navigation - . anyone can steer the ship, but it takes a leader to chart the course .