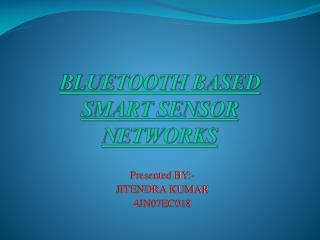 Introduction to Sensor Networks - . partly based on the book wireless sensor networks by zhao and guibas . constraints

Smart Phone-Based Sensor Mining - . a tutorial. these slides available from

Novel System Architectures for Semantic Based Sensor Networks Integration - . the progress in the sensing and wireless

Quick Look at Sensor Networks - . elke a. rundensteiner based on material collated by silvia nittel, and others. cs525.