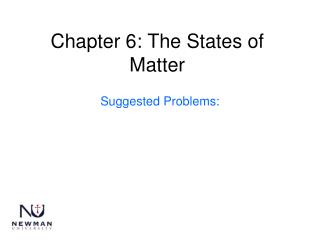 Chapter 6: The States of Matter Chapter 6: The States of Matter

Chapter One - . the big picture – the periodic table. handouts and worksheets. ‘the chemical investigator’ pages 5