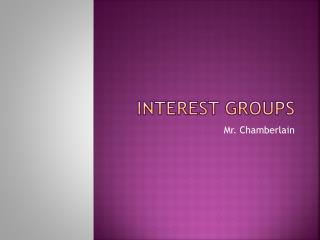 Interest Groups Past and Present: The “Mischiefs of Faction” - . a nation of interests the founders of the republic

CHAPTER 5 - Groups and organizations. chapter 5. how do groups affect how we behave? why can “who you know” be as

Sub-Groups of American History - . leaders of our past for key groups throughout american history. puritans valued

Social Sub-groups - . overview background: how do we characterize the social structure of a ‘group’? exemplar: ken