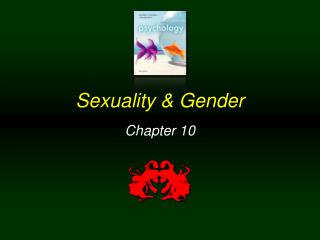 Chapter Four - . gender, sexuality and identity. objectives. to discuss some of the ways in which gender and sexuality

Unit 4 GENDER &amp; SEXUALITY - . gender development. much ado about a small difference  : though we can identify

God’s purpose for sexuality - . procreation, love, and justice. we are created …. human male and female gendered

Understanding Sexuality - . chapter 27. personal identity. a gender role is one of society’s most fundamental roles.