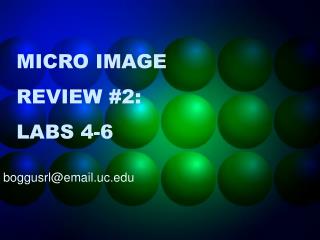 Micro Final Review - . ecn150 spring 2011. question 1. if deaconville is producing at point c, then a) the opportunity

Beyond Micro 101: Listeria monocytogenes - . a presentation for the nw food safety and sanitation workshop. dong-hyun

Buy 1p-LSD from Lizard Labs in bulk - Lizard labs are one of the only lab in the world producing novel, tryptamines,

Cell Cycle Review - . what limits cell size? not enough dna moving materials into and out of the cell. what are the parts

ECM, Cytoskeleton &amp; Junctions - . formative assessment. identify if these components are part of the ecm or

IMAGE REVIEW CLASSROOM FILMS Self Study Practice Bring to LAB on Thursday - . review the images - list # 1- 100 for each