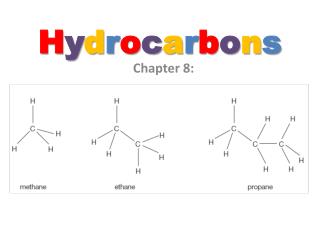 H y d r o c a r b o n s. Chapter 8:. What is carbon chemistry?. Compounds containing Carbon make up 90% of all chemicals and form the basis of living things Organic chemistry is the study of Carbon compounds. How does Carbon form so many compounds?.