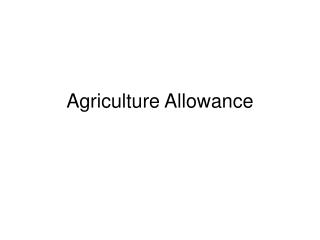 CARERS ALLOWANCE - . law centre ni november 2009. who can claim?. care for a person for at least 35 hours per week person

Youth Allowance Forum - . are you a student, or parent of a student, who deferred a university place in 2009 to earn the

Education Maintenance Allowance - Up to £30 a week if you carry on learning. education maintenance allowance. what is