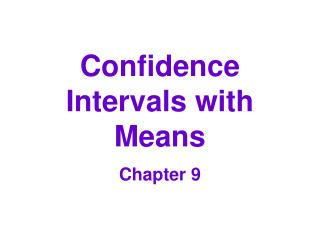 Paralysis On the Job Work on Wheels - . presented by gary karp www.moderndisability.com. www.paralysis.org. why this

Planks of Confidence - . what is confidence?. the feeling you have when you believe in _______ and believe you have

CONFIDENCE INTERVALS estimating a binomial probability - . sections 4.11-4.12. the grand question. how can we use data to

Cells - . rahodgdonrhms. prefixes and suffixes to know for this unit : a - means “not.” the word atypica l, for

Lecture 5 - . hypothesis testing. what should you know?. confidence intervals (wald and bootstrap) p-value how to find a