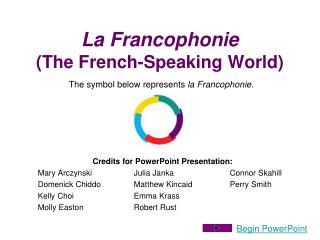 The French Speaking countries in the world : La Francophonie - . what is the francophonie. it is an international

The Ministry of La Clef - . www.laclef.org. la clef la klay is a ministry based in north america that uses the arts to

Acadia - . acadian. a person who comes from or lives in the french-speaking areas of the maritime provinces. acadia. the

Quebec Immigration - Quebec is a french-speaking province in eastern canada. quebec is the only province whose official