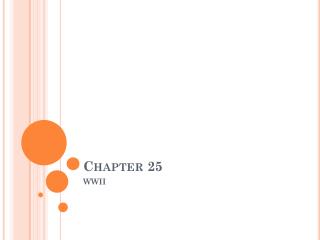 Chapter 25. WWII. Nationalism and the Good Neighbor Policy. “No state has the right to intervene in the internal or external affairs of another.” U.S. withdraws troops from Haiti and the Dominican Renounce the Platt Amendment Reduce role in Panamanian affairs