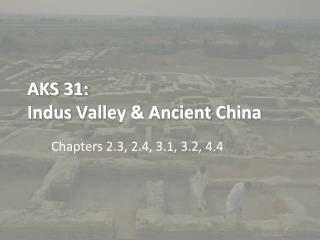 Elk Valley Training 2008 - . by tom mclaughlin music: mississippi fred mcdowell you got to move. thank you to the staff

Indus Valley Civilization - . indus valley: where and when. the harappan culture existed along the indus river in what is