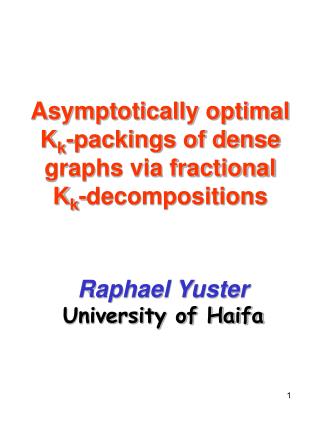 Split plot - What, why, and

Geometric Representations of Graphs - . a survey of recent results and problems jan kratochvíl, prague. outline of the