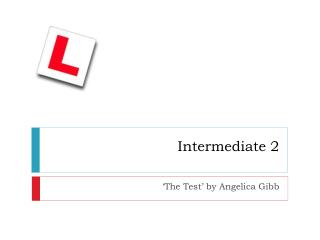 The Intermediate Guide to - No matter the payment application, make inquiries regarding the manner in which the attorney

Intermediate 2 English - . what you need to do to pass. in may, you will sit two exam papers as your final exams.

Intermediate 2 - . software development process. software. you should already know that any computer system is made up of