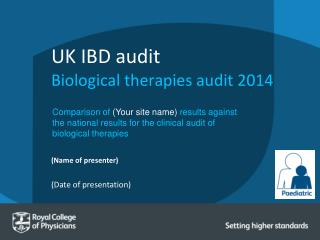 Developing internal audit in uncertain times - one view of a changing approach to audit - . . .

What Constitutes an Audit? - . presenters: diane robichaud-cormier, nb terry hing, on michele snow, on. what is an

Audit Requirements - . a-133 gov't, education and non-profit thresholds $500k or more expended during the fy - single

Clinical Audit and the Audit Cycle - . what we are going to cover today. the audit cycle criteria and standards

Care of patients with Gastrointestinal Disorders: A Strategy for the Future 14th March 2006 - British society of