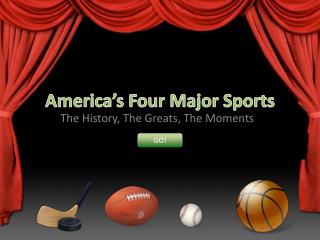 It’s A Great Day To Be A Bomber! - . the front porch of ithaca college *25 varsity and 4 jv sports *full time coaching

Negro Baseball in America - . from 1884-1888 major league baseball was integrated. first african americans to appear in a

Sports in Society: Issues and Controversies - . chapter 5 sports and children: are organized programs worth the effort?.

The Economics of Professional Sports - Sharp, register and grimes chapter 9 what is the most subsidized industry in all