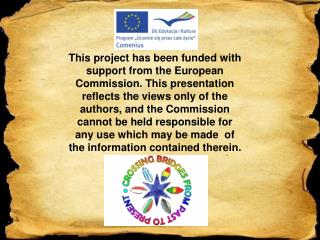 POLAND OF THE FIRST PIAST DYNASTY

This project has been funded with support from the European Commission. This presentation reflects the views only of the authors, and the Commission cannot be held responsible for any use which may be made of the information contained therein. . POLAND OF THE FIRST PIAST DYNASTY.

POLAND OF THE FIRST PIAST DYNASTY Poland - . my country. hi! my name’s caroline. welcome to a tour around poland. poland is a country in central europe.

German-Polish Catholic Genealogy - . about myself. b.s. in history from suny brockport – may 2010 bulk of capstone work

POLISH LEGENDS - . the legend of

The history of Poland and famous Poles - . poland: past and present . poland is located in europe’s center. note: in