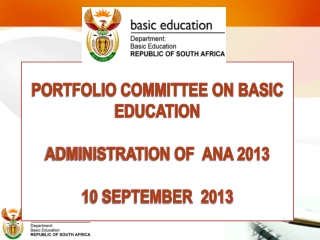 INPUT TO PORTFOLIO COMMITTEE ON BASIC EDUCATION - . public hearings on delivery of quality education and access to