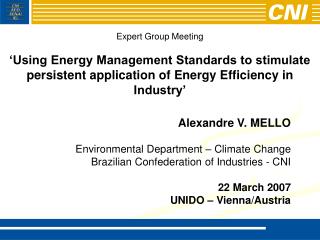 The importance of this Expert Group Meeting - . sustainable development, so far, is the sole reasonable solution to

Marine Expert Group meeting 6/11/2012 - . the network of mediterranean mpa managers – how can the network support