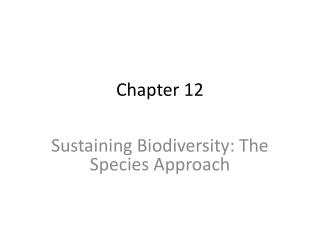 Chapter 12. Sustaining Biodiversity: The Species Approach. SPECIES EXTINCTION. Species can become extinct: ________ : A species is no longer found in an area it once inhabited but is still found elsewhere in the world.