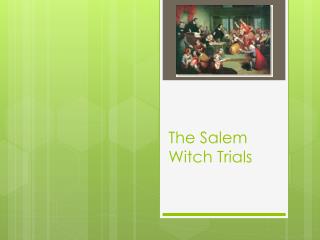 The Salem Witch Trials. http://school.discoveryeducation.com/schooladventures/salemwitchtrials/story /. Puritan Life. Religion played an important part in Puritan life They felt that they were chosen by God for a special purpose and that they must live every moment in a God-fearing manner